Since I've been settled into my new working life, I've been doing my best to avoid completing a creative project. I kept telling myself I was too busy, too tired, too stuck to move forward.

But now that the DVD player in my computer needs replacing, I've renewed my commitment to the project's completion. I told my vision support group that I'll work on this task for 10-minutes a day,  minimum.

The point of 10 minutes is take tiny steps toward completing a task  Because of the short time limit, I generally work past the alarm. However, if I've had an especially long day, 10 minutes is all I need to tell myself, 'there, today I spent time moving forward on my dream.'

Wednesday evening I worked for one 10-minute session, but now I'm back to avoiding. So many inspiring books, so little time. 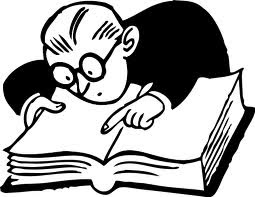 I recently ran into a creative acquaintance at Trader Joe's. I hadn't seen him for several years. After catching up, I told him about my procrastination.

"I think I was hoping it would turn out better. I'm disappointed that it isn't perfect."

A different creative friend who has launched many projects responded,

"Liking your own project isn't the point. But now that you've invested so much energy, it's time to just get it done."

I guess I can re-name this blog The Perfectionism Blues.

Now that I think about it, I got this far on the steady eddy method. In fact, the project was completed during my house-hopping stint.

So, if I didn't even need stability to get to this point: I'm not going to allow a little stability stop me now.

How do you move through the procrastination blues???

Posted by Dorothy Ann Segovia at 9:49 AM 2 comments: